I find I get so busy actually doing training and working with dogs that I forget to stop and acknowledge those that really deserve the credit, the dogs and their owners! It's not easy training or modifying our dog's behavior with the busy lives we lead so credit to those who stay committed is well deserved.

Each client and dog is also different so I like to review the progress of each one. I learn new things and ways of explaining things each time I do a session and I'd like to share those moments with all of you as well. Hope you enjoy their stories!

Positive Reinforcement Training is Not Just for Dogs!

General Background:
Classical and Counter Conditioning are just some of the training techniques covered in the Reactive Rover Seminar. This has many applications for many species.

Client's Story:
Erica doesn't currently own a dog but she does have a cat that hates nail trims. Erica implemented a counter conditioning program for her cat and four sessions later... "my cat today was ecstatic to see his nail clippers! He used to growl and became too aggressive when I tried to cut his nails, even with never having a bad experience. I was able to clip them as a kitten no problem but he grew increasingly annoyed as he aged. I decided after the [Reactive Rover Seminar], no more wet food for free. I started with just touching his paws with the clippers and leaving them by his dish when he ate. Honestly I wasn't sure it was going to work. Yesterday he had to see the food before he would let me clip and today I took out the clippers and he ran to his dish. I cut the last few nails I had left and he did not growl once." 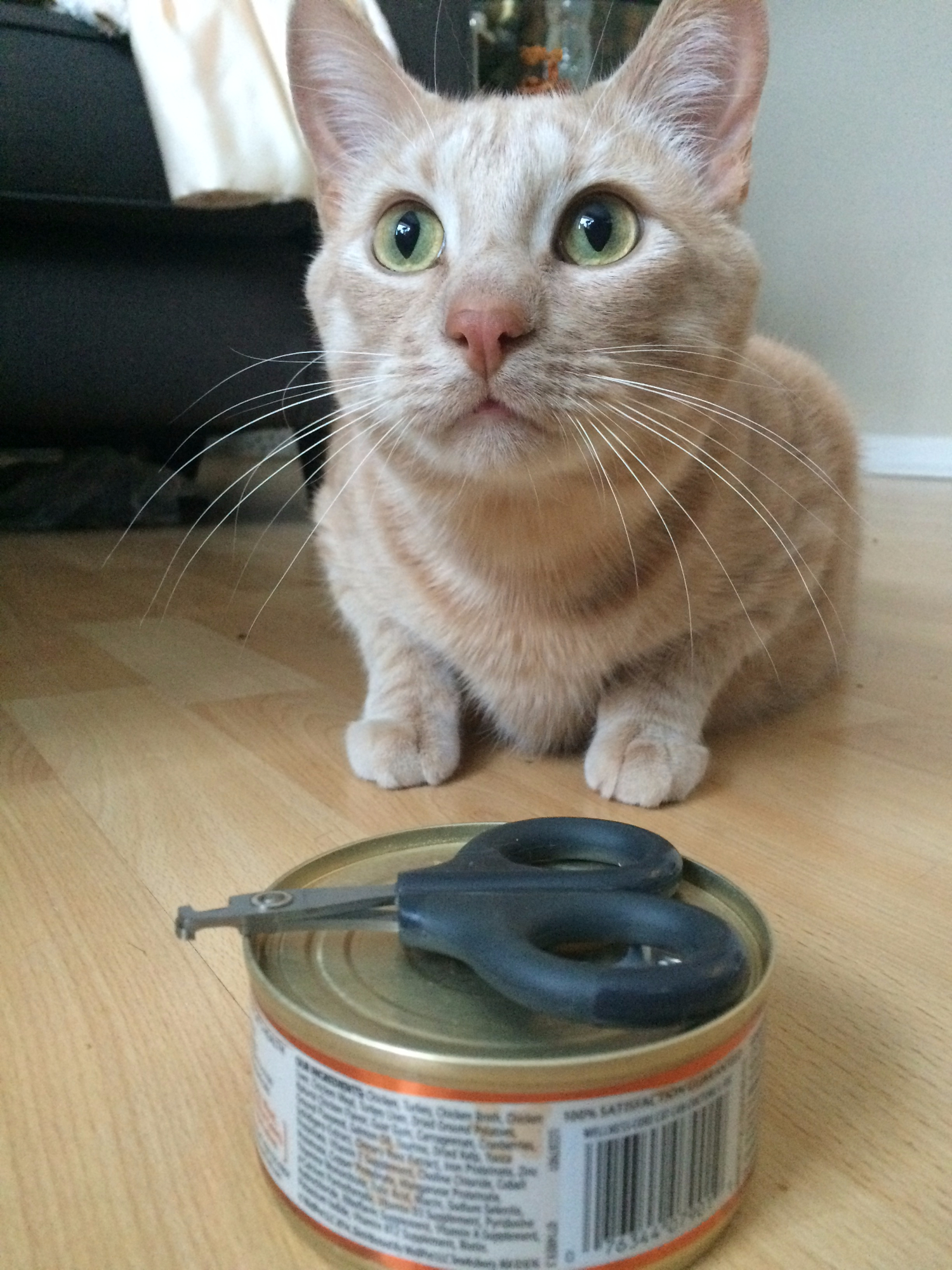 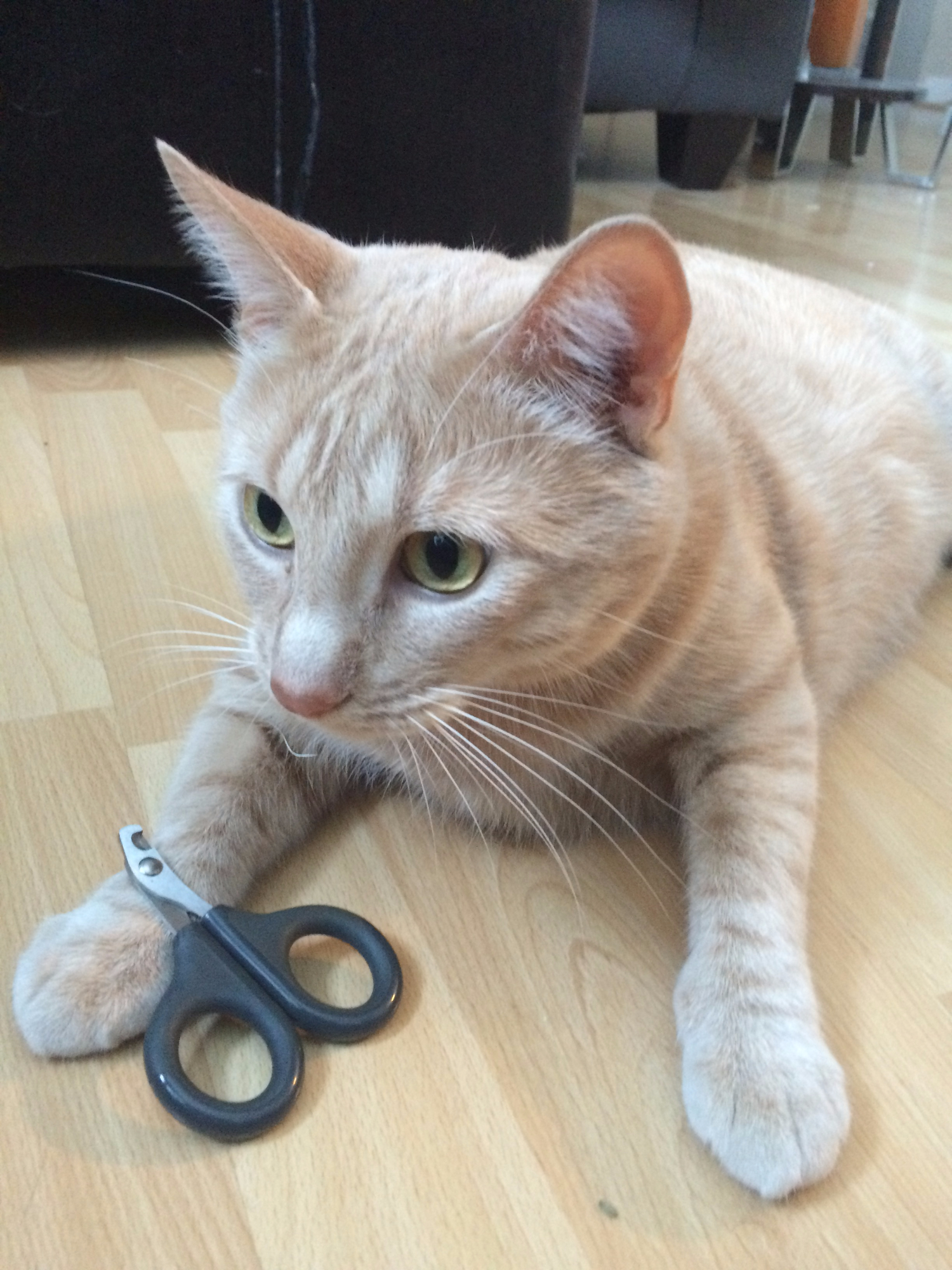 Owner Complaint:
The dogs are becoming aggressive towards each other and the owners were worried about serious injury as the aggression was escalating. They were considering if re-homing one of them was the only option.

General Background:
The dogs are from the same litter and they were primarily housed outside during the day and left unsupervised. Fighting was occurring both inside and outside the home. The triggers for aggression were not clear. The owners, Emilie and Alexandre, indicated that the dogs were crate trained. The owners had also taken some positive based dog training classes in the past but their old habits die hard and they were still focusing more on the correction side of training rather than taking an overall preventative approach as recommended. Some techniques used were squirt bottles, yelling “No!”, and scruff-grabs. The owners believed that strong discipline and being the boss was important especially with a breed known to be stubborn such as the Malamutes.

Step 1: Management/Prevention
The level of aggression was a serious concern and therefore these dogs could no longer be left together unsupervised. Since owners indicated they were crate trained it was decided to try crating them inside separately during the day right away. In addition the dogs were to be given separate walks. The only time they were allowed together was during 100% supervision.

Since both dogs were intact, hormonal and unwanted pregnancy issues also had to be addressed immediately as they were heading into sexual maturity. Spaying and neutering at least one of them was going to be mandatory. The owners chose to get them both fixed.

Unfortunately, once crated, the dogs began to display some crate anxiety and so this needed to be addressed right away as well. A program of positive association with the crate was implemented by feeding the dogs in their crates, giving toys only in the crate, and giving treats as rewards for calm behavior while they were in the crates.
Kayla initially also showed greater signs of separation anxiety. She did not like being locked in the crate away from her owner and, even though she fought with her sibling, she did not like being away from him either.

To determine the exact nature of Kayla’s anxiety a process of elimination was implemented. Owners were instructed to try having dogs crated but in eye sight of each other in the living room, then having dogs crated in living room and owner sleeping on the couch next to them for a few nights, then having the dogs crated and in different rooms from each other. After a few weeks, dogs settled into their crates better and owner could sleep upstairs through the night without dogs fussing. During the crating exercise, the dogs were walked separately, trained separately and never allowed to interact unsupervised.

Step 2: Train Basic Manners and Obedience
Having a basic level of manners and clear communication with your dogs is critical if you hope to address any types of aggression issues. If your dog won’t sit for you in a calm environment, they most definitely won’t listen to you when agitated. Owners had started the basics of positive obedience before PetSteps arrived but it needed to be strengthened and more self-control types of activities needed to be added. We focused on rewarding good responses instead of punishing bad ones. Working to get better responses to the verbal sit and down command was a start. When these were good we added the commands wait, stay, and leave it. These are the basic commands critical to teaching basic manners and being polite.

Added to the above, hand feeding was done to encourage the dogs to bond with the owner and to look to them for their needs. The owners found that each time they reverted back to punishment based corrections the dogs got confused and the progress started to slow down. I reemphasized the concept of positive reinforcement training and going slow enough that the dog has time to clearly understand what is expected, keeping in mind that these are only 7 months old puppies. It is important not to push puppies, or any age dog beyond what they could handle. Over time the dogs began to develop a very good stay command in their crates and overall compliance with commands was greatly improved by the second visit with PetSteps. Kayla especially appeared much more confident and happy than during the first session.

Step 3: Counter Conditioning
Now that we have solid obedience foundation we will continue to teach the dogs that being polite and patient is what is rewarding. Teaching them that they can each have their own personal space and one on one time with their owner. Teaching them that the presence of their sibling is a good and positive thing. The final issue that will be worked on is their anxiousness when one of them is being taken for a walk without the other. Each of them gets anxious when left behind. A process of counter conditioning and desensitization will now be worked on to teach them not to react to the owner leaving. Finally, showing the owner that focusing on teaching is far more productive than focusing on correcting.

General Notes on Sibling Syndrome
When considering to take in puppies from the same litter or two puppies that are the same age at the same time, it is important to know about the potential problems that can occur. The main issue is that siblings are often left together to entertain each other and keep each other company instead of bonding to the owners. This means they are left to their devices to figure out how to deal with each other and how to deal with conflict. Without proper “parental” guidance they grow into normal adolescents and begin to argue. Adolescents is a time when they need their own space. It is important that each dog spends some quality alone time with their owner in order to bond and express their own personality. The same types of issues can happen with human teenagers. They grow up fine together as children but if they aren't allowed their own space as teenagers they can become combative. Without good parenting skills that can teach them to be polite and work together they will usually resort to violence. 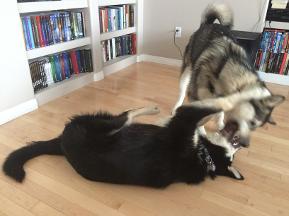 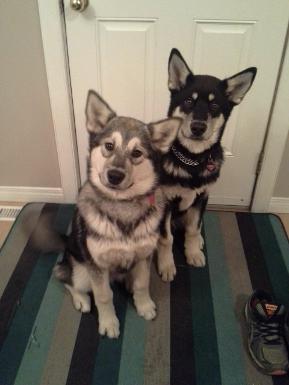 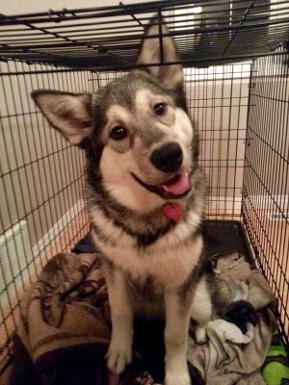 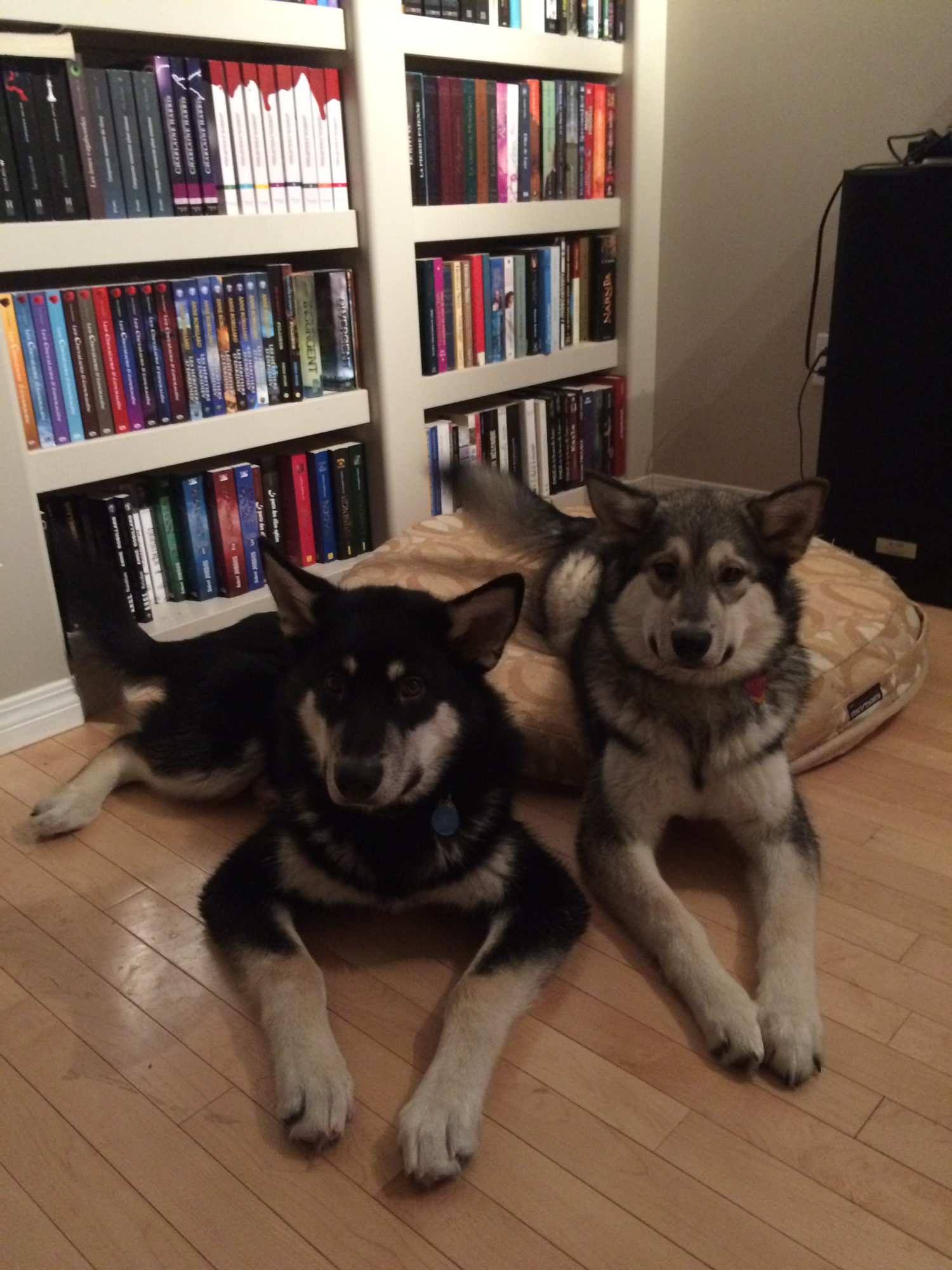 BOTH DOGS MORE POLITE AND LOOKING TO OWNERS FOR DIRECTION

Thanks to Emilie, Alexandre, Kayla, and Kal-el for letting me share their story and for their commitment to training.

" Thanks Jane - things are going very well. She is walking better and not pulling thanks to your hint. I take her every morning and evening for a walk and I truly believe she now trusts me".

"Training is going great! We practice hand feeding, sitting and leave it command and he hasn't rushed rushed the door in a few days."

"We have tried multiple trainers with our puppy and Jane is by far one of the best dog trainers in town. She is knowledgeable, caters to your specific goals, and makes the most out of the training sessions."

"I have found Jane to be incredibly professional.  She is quite knowledgeable about a wide range of dog issues.  She was able to answer all of my questions quite easily.  Jane was also very patient with both me and my dog. I have to say she has a way with people and animals."

"Jane was really helpful in identifying inconsistencies in the way we would work with our dogs. I really appreciate how she would explain the rationale behind each training tactic."